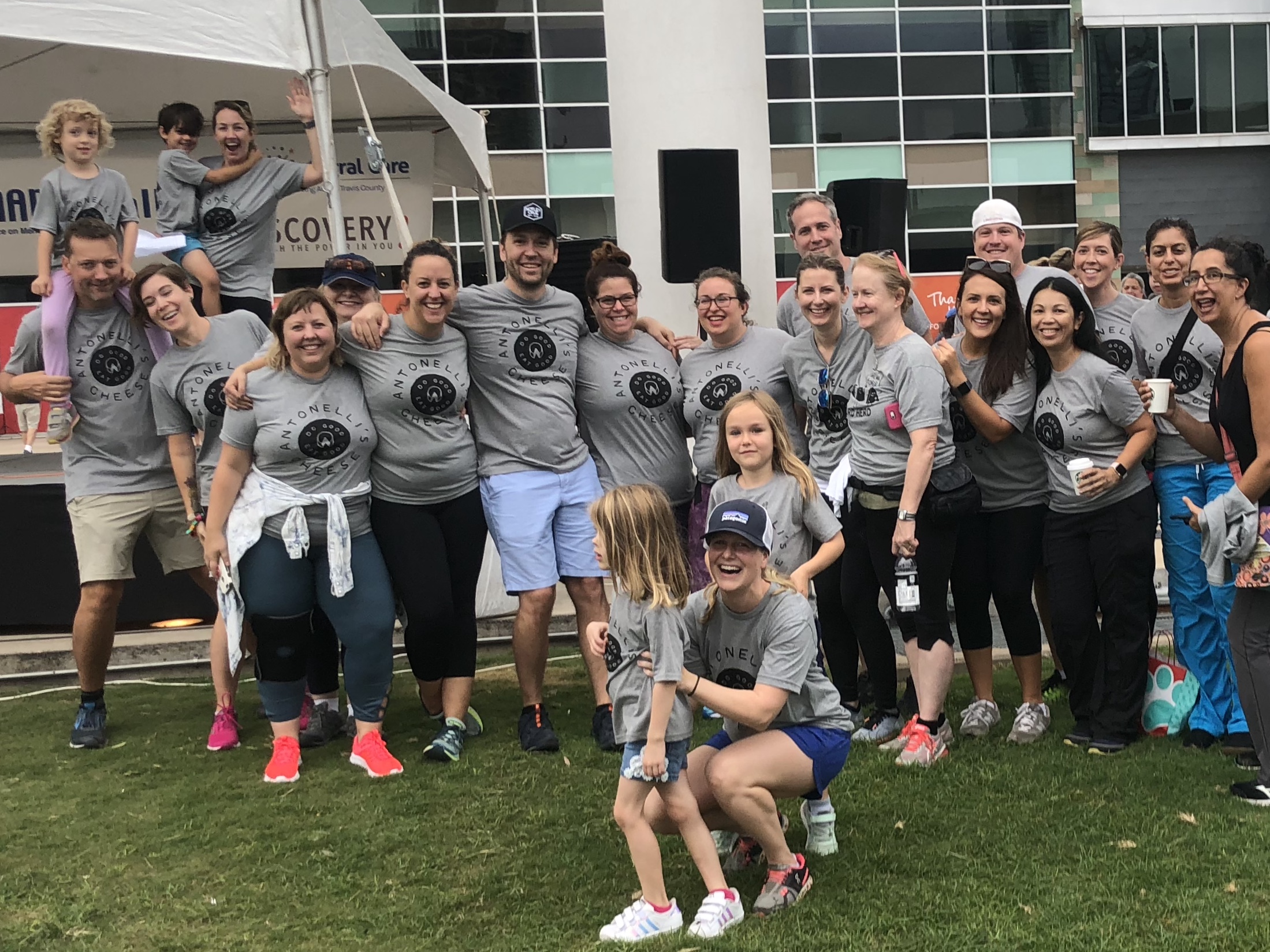 In 2018, I was asked to Chair the NAMI Walks annual fundraiser for our local chapter of the National Alliance on Mental Illness. The following is an Op-Ed that was published in The Austin-American Statesman to announce and drum up support for the walk. Also, I owe great appreciation to the Antonelli’s Cheese Curd Herd team (many pictured above) who showed up to not only support me and keep me strong, but to support all those who were suffering or who had been lost to mental health challenges. Our team alone raised over $15,000; collectively, NAMI Walks set a new record that year, raising over $300,000.

For: The Statesman in Support of Nami Walks Fundraiser

One of the most difficult memories I have of that time is thinking about my mom getting the call. The call from a friend that her daughter was in the hospital. And I was half a country away at college.

It’s not that I hadn’t been allowed to talk about my feelings. Quite the contrary, my mother often encouraged me to attend therapy on and off throughout my youth during “episodic” periods. But we hadn’t ever mentioned the “d” word. We hadn’t put a label on it. And by just going through the motions – which we thought were right – we also weren’t really addressing it. Depression. There.

As I sat through mandated therapy behind locked doors in a hospital ward, it was finally out in the open and named. And at the time, naming it was scary. It meant something was wrong. But that was also relieving. Something was off – and most importantly, there was something I could do about it.

Every person must take their own course and find what works for them. For me, it was a lot of counseling, medication, and healthy living habits like good nights of sleep and a regular schedule. I also needed a great support system, and everything else that went into the recipe that helped me recover.

But the second thing I remember most from that period was when I was asked if I had a history of family depression. I responded “no” only to be interrupted by my mother. It turns out my grandfather, Papa, had also been diagnosed with depression and hospitalized almost two decades before. But it was a family secret.

The trouble with secrets is that they imply shame. And my Papa had nothing to be ashamed about. I remember flying home after my hospital stint, arriving at our house in the country, and looking down at my Papa as he was weeding the garden. Without looking up, Papa said, “It feels like you’re in a deep dark hole all alone and you’re trying to claw your way out. And it feels like you can’t. I know. I’ve been there. But you can.”

Depression tricks you into isolation. By my Papa owning his past, he unknowingly helped free my future. He opened up the possibility, a crack of light, that maybe I could get through this. That’s changing the conversation. But we’ve got a long way to go.

Fifteen years have passed since that dark time. And the blessing is that it’s become part of my story today. Since that time, I’ve had a family and started a successful business. Life is good. I know now that depression is not an ugly blemish on my past, but a battle scar of which I’m proud. Today, I own my story and claim it. I do so, in part, because I hope it reaches others currently in that darkest period to let them know they are not alone.

This is also why I work with NAMI Austin, an organization changing the mental health conversation in our community through its free classes and support groups for families and individuals impacted by mental illness as well as educational presentations and trainings for schools, workplaces and faith communities. I am proud to create opportunities to talk more openly about mental health by sharing my story and serving as the 2018 NAMIWalks Austin chair. 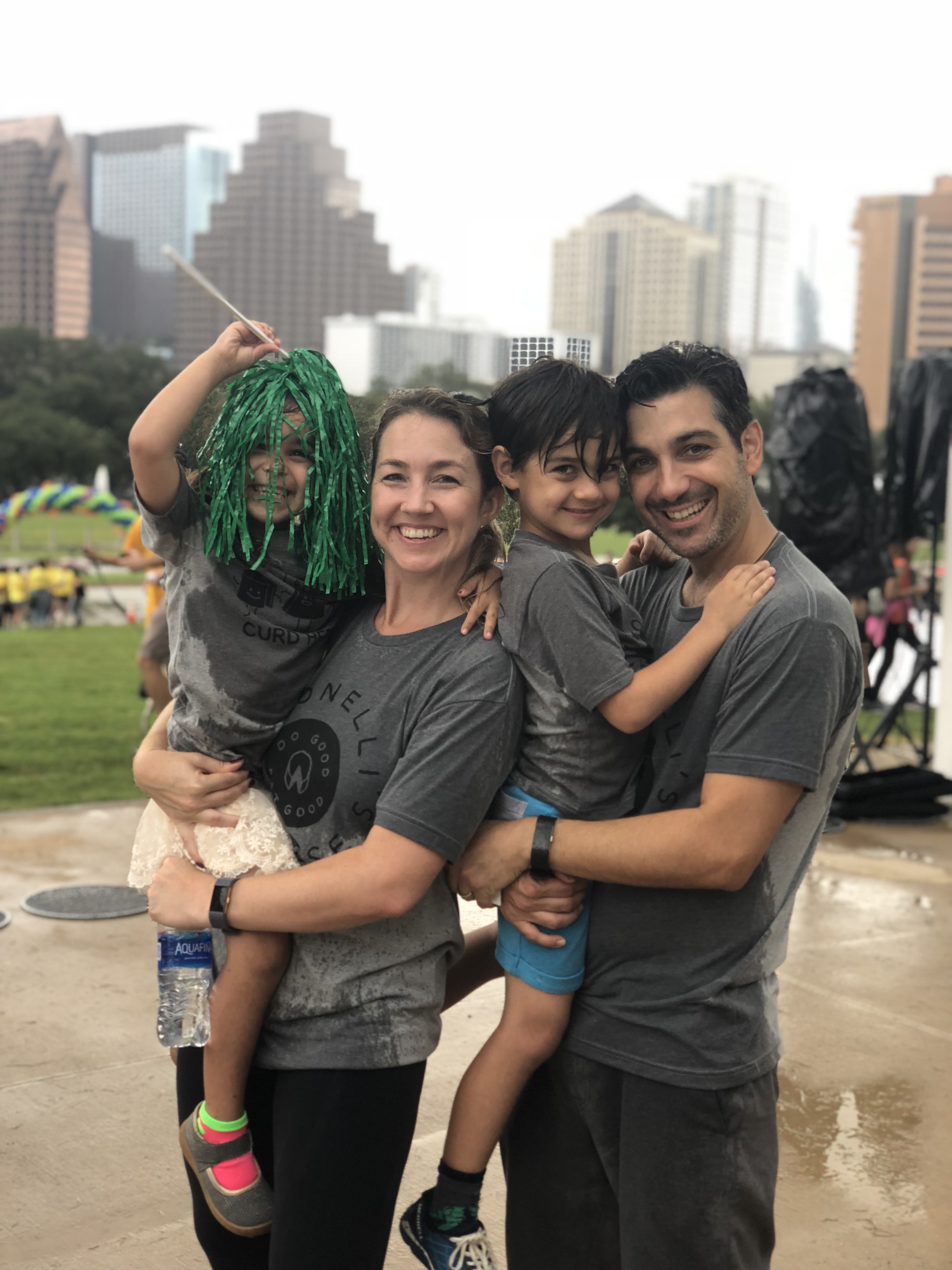 Will you join me on September 29 at 9 a.m. to walk with me, for me, for you, for people like us, for loved ones, for those you can’t understand, for those who are gone, and for those who have yet to battle?

Join me for a celebration – yes, a celebration! Bring your kids, your dogs, your strollers. Donate to people who are walking, build a team, or join a team. If you’re solo, remember that no one is alone. Together, one story at a time, one step after another, we’ll push the conversation forward and change it forever.

Antonelli is an entrepreneur living in Austin. 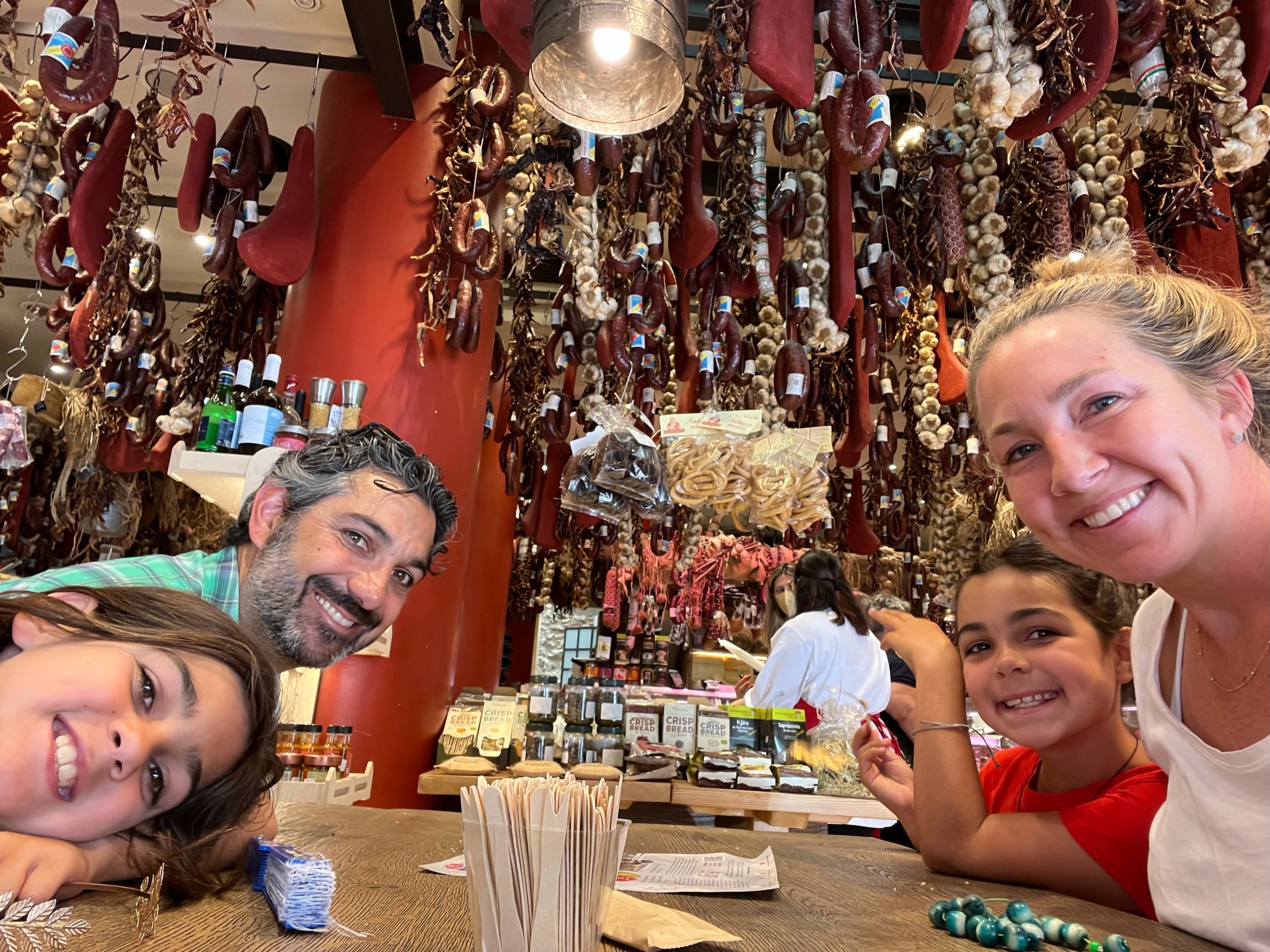 We seek out food experiences and learn about other people and places through our palates. Here are our Top 10 Travel Tips for Food Lovers, created by the whole fam!

We seek out food experiences and learn about other people and places through our palates. Here are our Top 10 Travel Tips for Food Lovers, created by the whole fam! 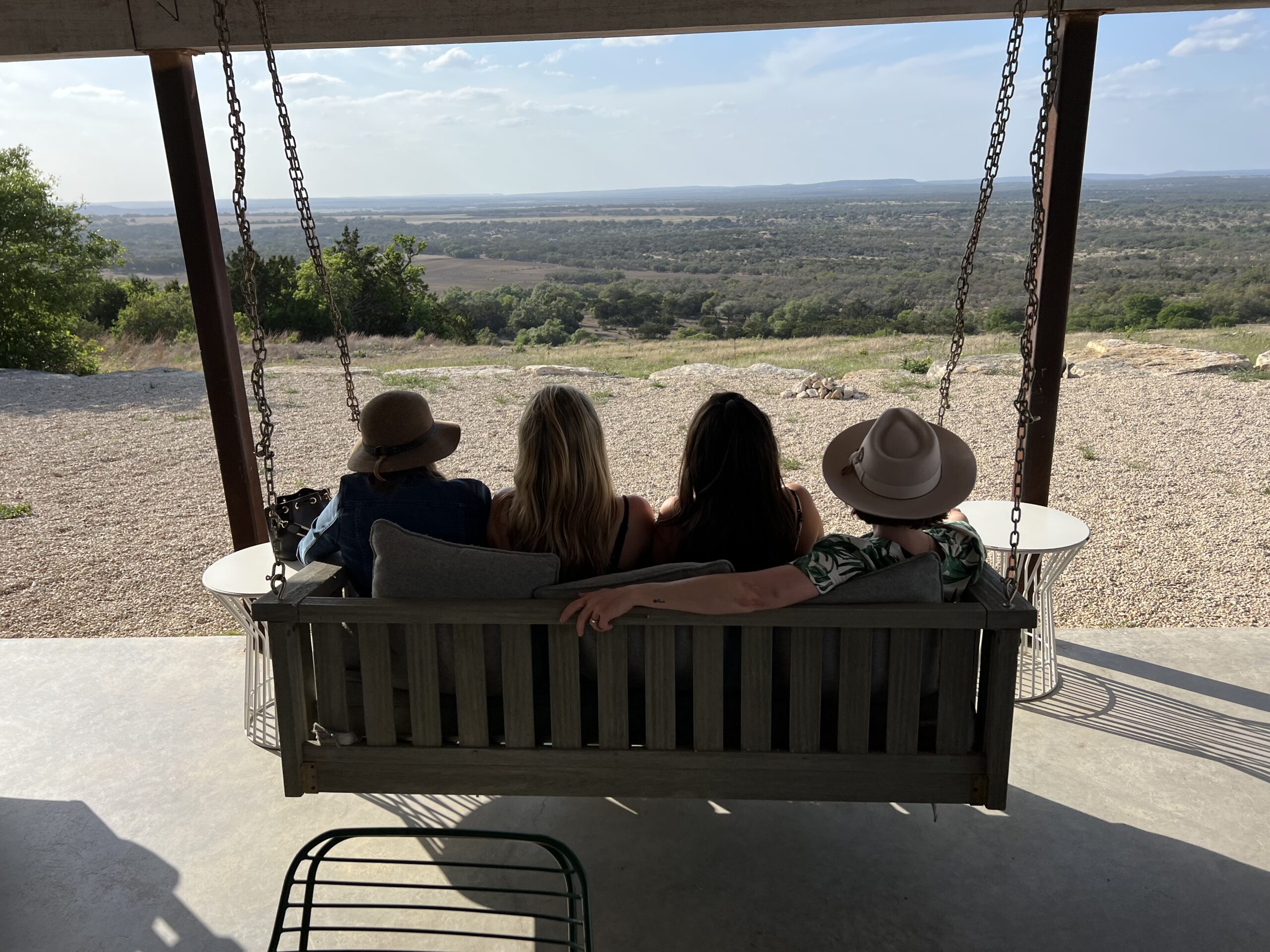 I realized a few years ago that, despite having a lot of friends, I had few friends I’d call up and say “Let’s go on a girls’ weekend!” So I decided to make my own girl group. And here’s how I did it.

I realized a few years ago that, despite having a lot of friends, I had few friends I’d call up and say “Let’s go on a girls’ weekend!” So I decided to make my own girl group. And here’s how I did it. 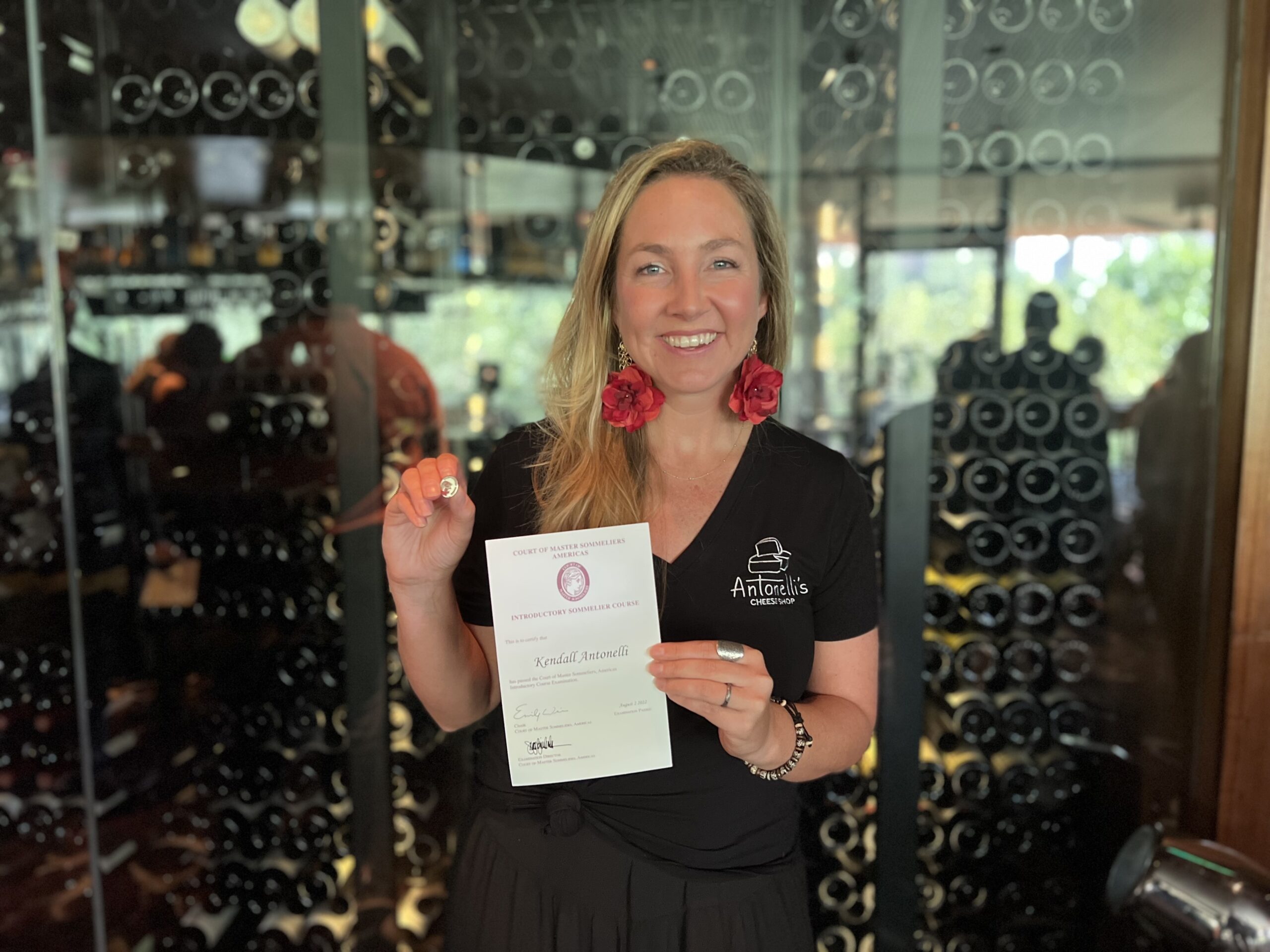 You’ve heard of a Sommelier. Have you heard of a Certified Cheese Professional? Kendall breaks down some of the food accreditations and recognitions she and Antonelli’s Cheese team members have received.

You’ve heard of a Sommelier. Have you heard of a Certified Cheese Professional? Kendall breaks down some of the food accreditations and recognitions she and Antonelli’s Cheese team members have received.

Get the Latest Blogs

Add your name and email below for musings from Kendall, covering topics like entrepreneurship, work-life balance, community-building, and more.